Malice the computer, one of the few possessions I’ve ever named, is a small purple netbook that has been my NaNoWriMo companion for four years and counting. He’s also the last gift my grandma ever gave me.

His namesake, Malice the fictional character, is a sixteen-year-old drag queen who may have saved my sanity.

In September 2010, I had two thoughts on my mind: outlining my upcoming NaNoWriMo novel, and carefully plotting an escape from my abusive boyfriend. During the five years I spent with my ex, my stories and characters were often my only solace, and I wasn’t about to abandon them just because an event my whole future could hinge on was coming up. I needed them more than ever.

Though unaware of it on a conscious level, I modeled Malice’s story to parallel my own. When he was born, his mom called him Andrew. When he asked to wear the girls’ uniform at his private middle school, his request was met with punishment and shame. When he sought sympathy from friends, they couldn’t understand. He found comfort in watching performers, older ones who wore their makeup thick and dressed in bright costume-like clothing. He chose Malice as a stage name for himself — exactly the kind of name I thought would appeal to an angry, femme, misfit teen. But in the end, no one in his life could help him feel safe expressing himself.

He’d been hurt too. Unlike the character whose story ran parallel to his, he’d developed a hard, uncaring mask to protect himself from the outside world, and in the final days of my relationship, I found that I needed to borrow it. Despite my careful efforts, my ex somehow sensed that all wasn’t well, and he took it out on me. I remember being shoved against the closet door, smashed over the head with a desk lamp, and for once, I didn’t apologize or cry. I shut my eyes and thought what Malice would think: He’s in the wrong, not me. I know what’s best for myself, and I’ll be out of here soon.

I left my ex in October, and in November, I threw myself into writing Malice’s story. He fled home, jumped a train south, and wandered through an abandoned seaside town hoping to find his absentee father (who, in his secret fantasies, was loving and accepting).

That’s how far I’d gotten by the time I got a call asking me to get to the hospital as soon as I could, because my grandmother was dying.

I arrived on the eleventh. In the hospital room, my mom gave me the laptop my grandma had bought me for Christmas, which we all knew she wouldn’t live to see. Its petite size and bright plum color factored into why I named it after my favorite character, but really, I knew that again, I’d need his strength.

That night and the next I spent in a chair by my grandmother’s bed, watching over her, trying to work up the focus and will to type.

Malice the character and Malice the computer were there with me when I woke from a restless night to find that she was gone. They came with me to the city where she was buried, and waited in the car while my brothers sang and cried at her grave.

Those months, from September to November 2010, might have been the hardest of my life so far. Everything was changing. Nothing was reliable. All I had to hold onto was Malice.

Malice the computer has been through a lot more with me since then. He’s moved houses four times, including once across the country and back. He has sustained a handful of battle scars, such as a quite appropriate smear of glitter nail polish by the touchpad. He’s the bright spot of color that helps friends pick me out of the crowd when we get together to write. He’s even been to Disney World.

He has his flaws — his speakers broke the first week I used him, and his wireless card has never worked — but he has outlasted any other computer I’ve ever known. Even aside from our trauma bonding, I’ve grown quite attached to him.

As for Malice, the character? He’s still around. His original story hits too close to home to be considered for publication, though you might see excerpts turn up in The Darling Graveyard someday. But he’s there, his fierce little essence scattered across worlds. Sometimes he reverts to his birth name and finds that he likes dressing as a man, if no one’s trying to force it. Sometimes she transitions to living full-time as a woman. Malice has been to college, been onstage, been at the front of a foreign language classroom, been the star cellist of an orchestra.

And he’s turned up in World of Warcraft too, which is about the only thing I do that Malice the computer can’t handle. Desktops do have some uses.

Maybe I’m not very good at writing fiction, because I can’t draw boundaries around my characters. I can torture them or kill them off in one story, but in the end, I want them to be free to move to another and find happiness. They’re important to me. They help me realize that it’s okay to live the way I want to, and I’m not ready to give up that connection.

This November, Malice the character is slated to star as a noblewoman-turned-pirate in the next installation of my fantasy series. Malice the computer will be toted around to countless meetups, subjected to days on end of frantic typing, and by December, will be home to at least another 50,000 words.

We’ll live. We’ve been through worse together, but wish us luck. 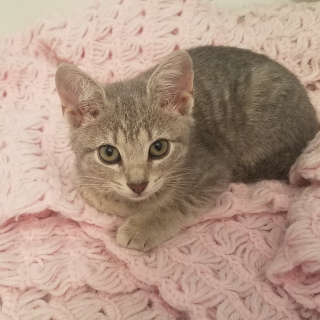